Family Photography that is uniquely YOU!

We haven’t met yet, but I am certain about one thing.
You’re the kind of person who recognizes the beautiful and fleeting moments of life.
Quiet times of connection. Unexpected, hilarious times with those you love the most.
As your trusted visual biographer, I capture what you notice and care deeply about.

Family sessions are available on the Main Line, and throughout Greater Philadelphia.

In addition, family sessions in NJ and NYC are also available.

Day In The Life

Choose from Family Storytelling and Day in the Life family photo session.
Both focus on real life moments while you’re being yourselves and having a good time with your favorite people. Your family session images will be vibrant and delightful! Last but not least, you’ll have your story printed to cherish for many years to come.

More than a Family Photographer.

Documentary family photography brings me to the doorsteps of incredible families – those who see value in recording everyday memories and who appreciate a relaxed in-home photo session that is fun  for the entire family.

While delivering intimate and meaningful storytelling images, I become not just a photographer for my clients, but their family’s trusted visual biographer. Having an annual documentary family session creates a timeless record of both childhood and parenthood in your family, with one new chapter added each year. 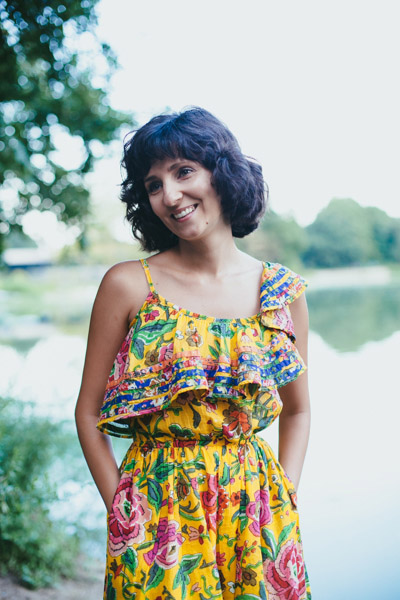 We received the book and USB this morning. Stunning!! The book is just perfect. We've looked at it several times already and cannot wait for Ellie to be able to look at it when she's bigger and see what a cute little peanut she was! And the USB - what a gorgeous surprise! We absolutely adore the box as a cherished place we can keep the USB of our photos and display in our home. It's wonderful!! Thank you again - it was such a pleasure to work with you and we look forward to working together in the future as our family grows and possibly expands!
Meaghan 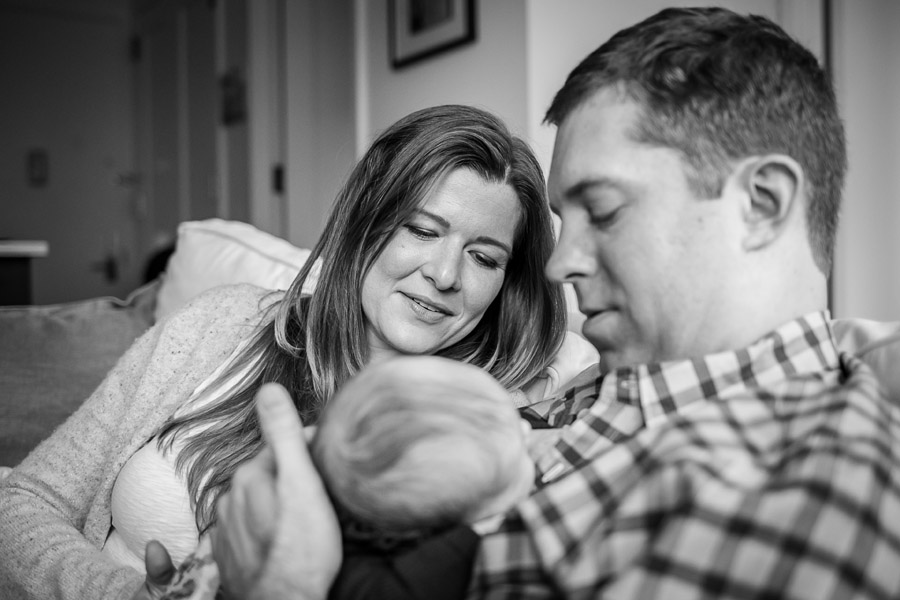 Polina has been photographing our family for years now. We can not even imagine hiring anyone else neither for portraits nor for a family event. Polina is extraordinary in her ability to capture special moments that are cherished for years. She is easy going and her love for people and the photography craft is contagious and visible in every picture. Best part is that we have a whole collection of photo books that Polina designed for us from all these years. Kids love going through the albums and recalling their various childhood experiences.
Hanna 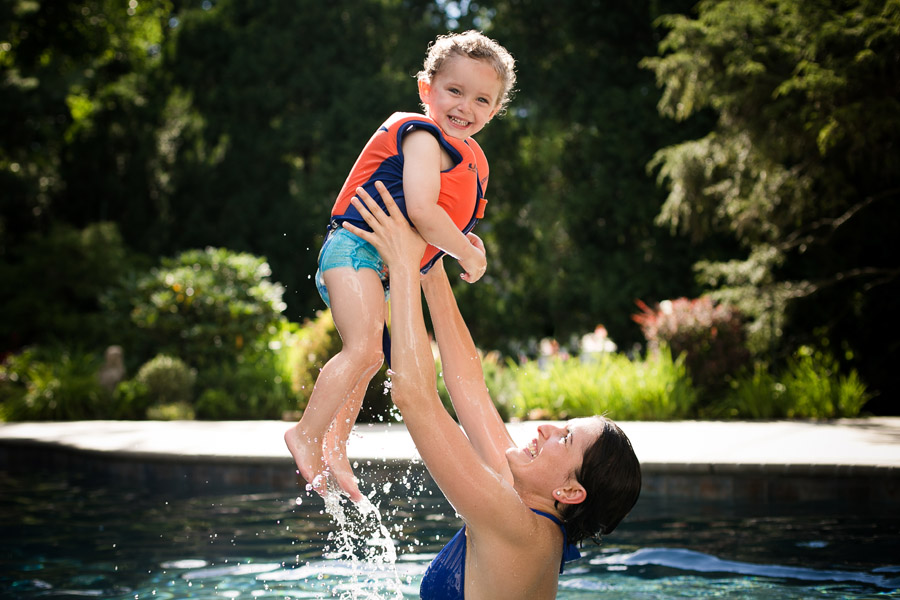 Our kids change so quickly and it’s so important for us to capture such special family moments in the places that are meaningful to us. It’s also a chance for us all to be in the pictures, which otherwise never happens!  We truly cherish these photos. Thank you, thank you!!
Rachel 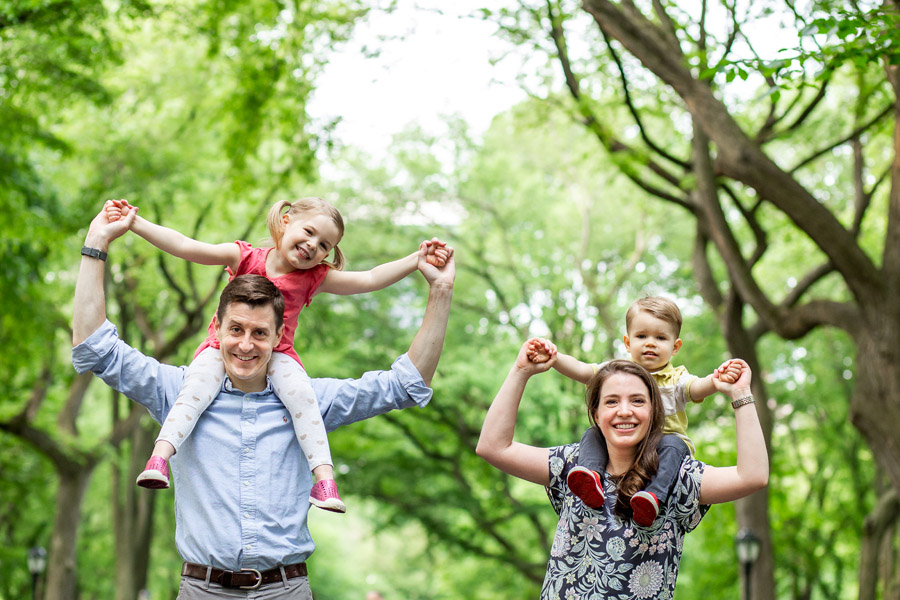 Polina has been photographing my family for the last ten years. Her portraits are beautiful and capture each moment from the perfect perspective. Her work provides a snapshot of our lives delivered in a photo album that we can revisit for years to come.
Natalie

Finding a great family photographer can be a life-changing experience.

Imagine finding someone who appreciates you for who you are and really sees the uniqueness of your family dynamics.
Then imagine them handing you beautiful pictures that reflect it back to you.
Serving my clients as a family photographer for almost a decade now, I know that the key to an outstanding photo session is not the technical skills, or fancy cameras, not even the experience – the key is building strong relationships that start from the very first phone call and last for many years.

About family photography at the time of social distancing.

Five reasons why now is the best time for a documentary family session:

1. Everyone is home and closer than ever! You’re not working long hours, your kids are not in summer camps and older kids are back from college.   This is the best time to book a family photographer!
2. During these months you’ve had no choice but to learn how to be together all the time and actually have fun. You’ve found a rhythm that will provide us with so many moments to capture during your family session.
3. You’ve made sure that your home is the most exciting place of all – because otherwise how did you survive these months indoors with your kids?
4. Your empty calendar makes it so easy to schedule a photography session  – you don’t have to worry about weekend soccer practice, birthday parties or family trips.
5. 2020 is a special year that is worth being documented! It’s a start of something new that we don’t quite understand yet, but having your family session this year would mean so much to your family in the future.

Talking about safety: As a family photographer, I work with fewer clients a year than your neighborhood grocery store in a day. And of course I’ll be taking all the precautions before, during and after our photo session.

READY TO DISCUSS YOUR FAMILY SESSION?

Why does every package include printed pictures?

Our kids are the most photographed generation yet. We take pictures of them every day.
This said, our kids might also be the generation who may not have even a single printed family photo to look at when they grow up.
I believe that my job is only complete when I deliver a tangible product that your family will enjoy for many years to come! 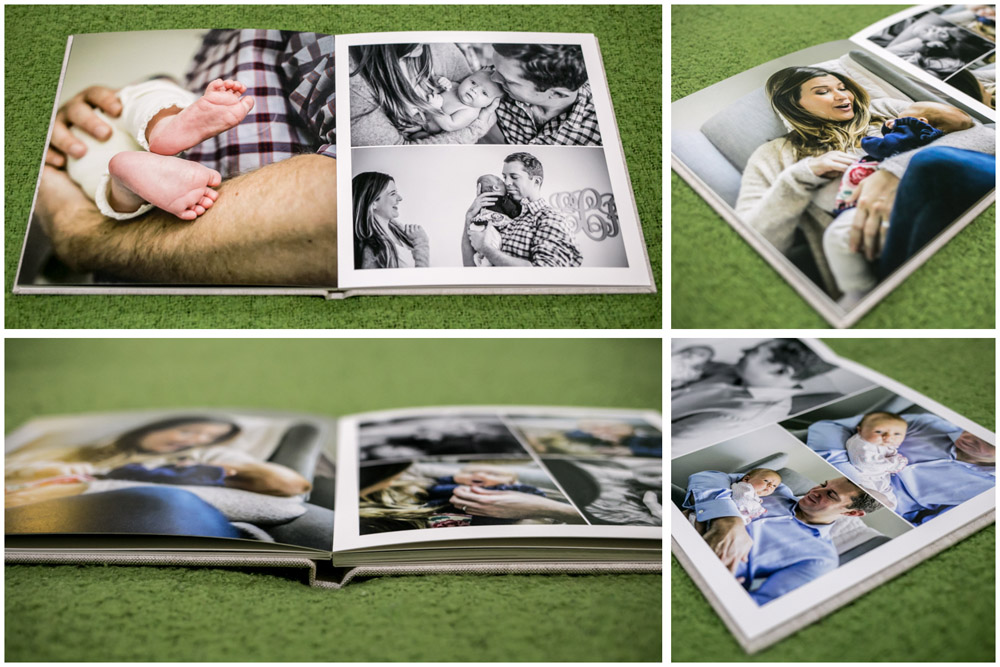 - why hire a professional family photographer?

There are many good reasons to hire a professional family photographer, I’ll name just few:
– to get the best pictures of your family where all of you are in the frame together;
– to have high quality lifestyle family photographs taken by someone skilled in capturing the right moments;
– kids grow fast and having their childhood memories preserved in a family photo session is the best possible investment that will only grow in value with each passing year.

- how to pick the best photographer for your family photos?

- how early to book an experienced family photographer for your photo session?

How early to book a photographer for your family pictures depends on the time of the year your. May, June, September and October are usually the busiest months for photographers, so I’d recommend booking 1-2 months ahead to get the desired date. Other months booking a photography session 2-4 weeks out should work.

- how long does it take a professional photographer on Main Line to edit family photos?

This again depends on the time of the year. During the busiest months, that are May, June, September and October,  it can take me up to 4 weeks to edit your pictures after your photography session. During the other months it’s about 2 weeks. If you are working on a family photographer project with a certain deadline, like holiday cards, let’s discuss it during our phone call.

- how many photos should a family photographer in Philadelphia give from a family session?

The number of pictures that a photographer delivers from a photography session depends on the type of session you are booking. With documentary family photo session, you’ll get more pictures than from a standard portrait session, because most of your pictures will be moments based. I’ll talk to you more about what to expect during our phone call!

- how to thank your greater philadelphia family photographer?

The best way to thank your family photographer is to write about your experience and share a few of your favorite pictures on social media or in one of the local parents’ Facebook groups. If you are happy with your experience, please spread the word!

Providing the utmost service to those who trust me to record their precious memories is my #1 priority!

I encourage you to schedule your session soon to make sure the dates you have in mind are available.

Other photography services on the Main Line and throughout Greater Philadelphia. 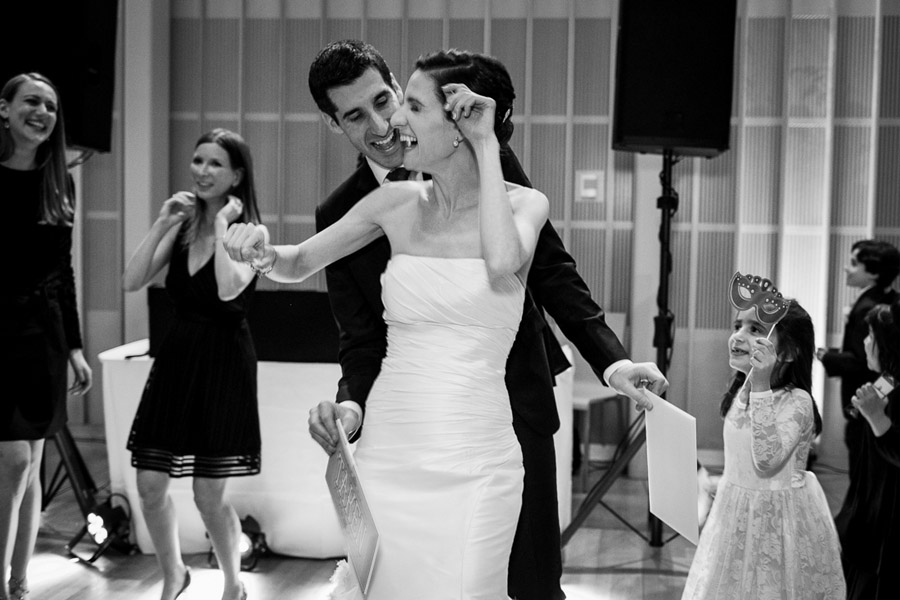 Small, intimate weddings call for a unique style of photography. I capture the natural beauty of your special day using a combination of documentary and traditional photography. If your goal is to create a stunning visual story of your wedding, then let’s talk! 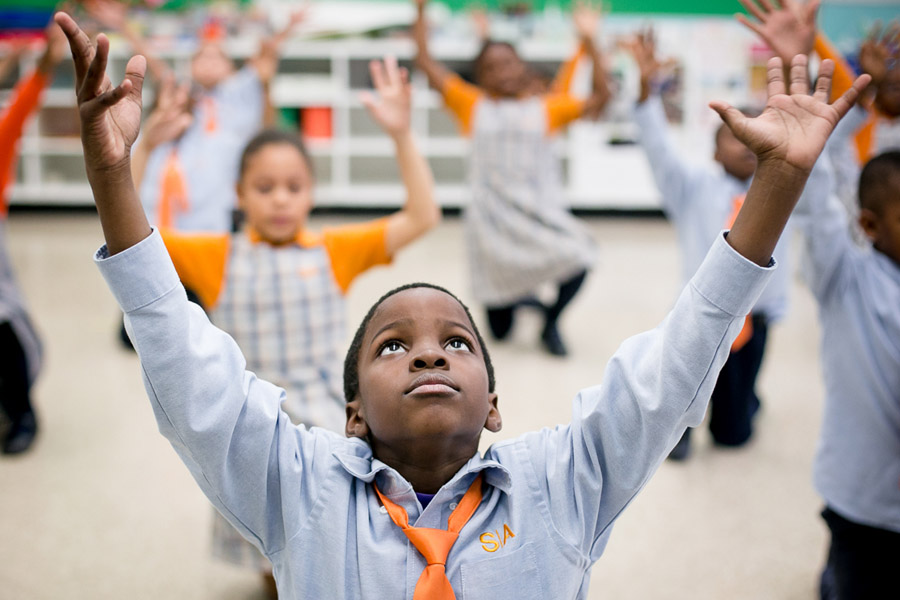 I have extensive experience of working with schools (public, charter and private), non profit organizations and other businesses. The goal is to help you achieve your marketing goals and photo-journalistic nature of my photography builds trust between you and your customers. 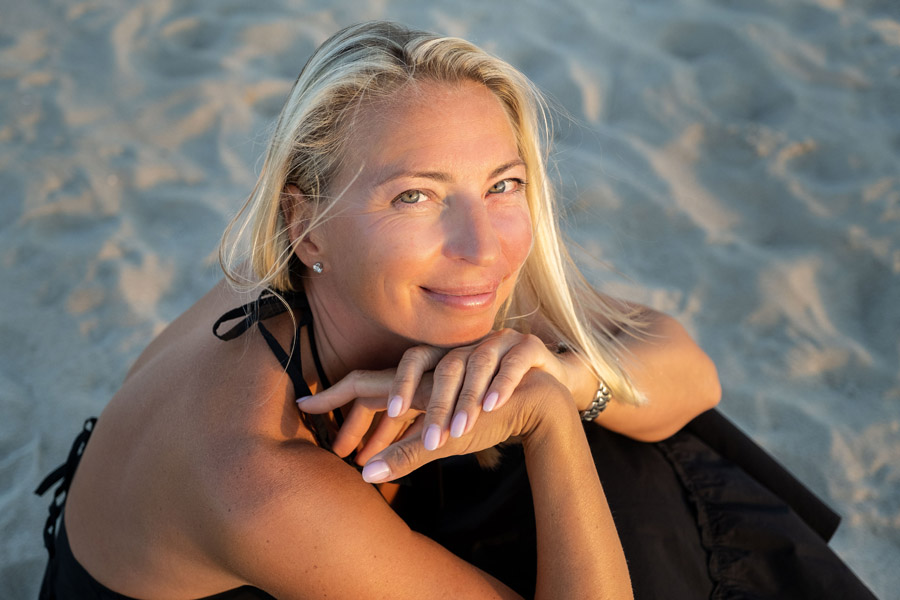 Be that a need of an updated headshot or treating yourself with an individual portrait session - I'll be happy to work with you! My promise is that you'll feel very comfortable and relaxed during our session which will result in stunning photographs truly representing who you are. 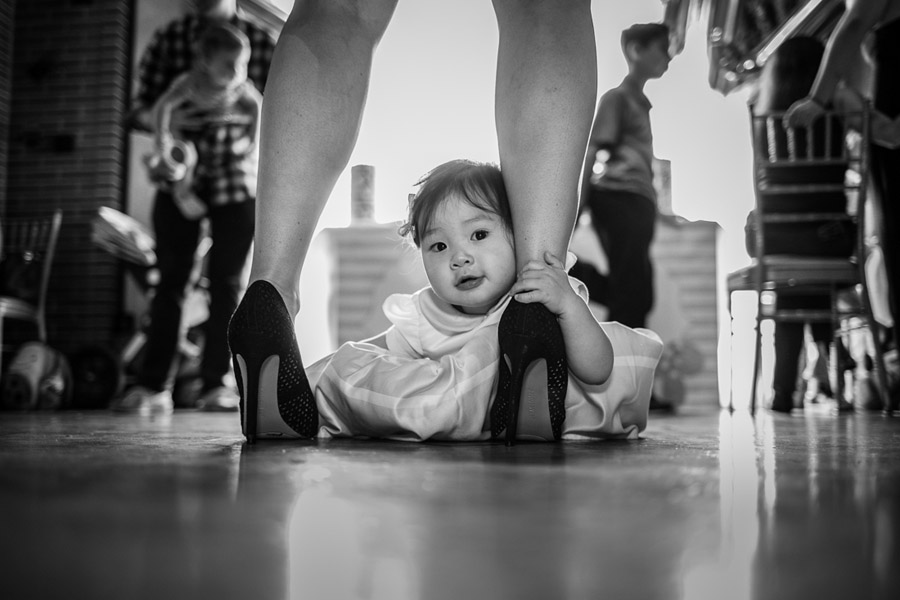 Ideal for kids birthdays, bar or bat mizvahs, parties and corporate events, I will capture your celebration in a way that will allow you to relive it every time you look at the pictures. Although I include traditional images, my primary goal is to provide you with hundreds of candid family photographs capturing every perfect moment.

About Greater Philadelphia and Main Line.

With more than four million people calling Greater Philadelphia home, its no surprise that Philly (as it is affectionately known) is the second largest city on the East Coast.

Today, Philadelphia’s most family friendly communities include Society Hill and Washington Square West. Rittenhouse Square is home to the famous public park of the same name. Fairmount – Spring Garden, Graduate Hospital and Logan Square are known as home to some of Philly’s best heeled families.  And Fishtown, University City and Chestnut Hill are considered to be the hip area. West Mt. Airy is home to a welcoming and diverse community of Philly’s residents.

The Philadelphia Main Line, often simply called “The Main Line,” is an informal  historical and social region that encompasses a good chunk of suburban Philadelphia.  The Main Line includes family friendly communities such as Narbeth, Merion, Bryn Mawr, Bala Cynwyd and others.